So this week I was working on getting the job system up and running till I couldn’t go any further without needing to finish hooking up the dialogue system. I panicked because I lost a lot of time to the dialogue system in jalopy, and need to get a working build ready by end of next week.

Fear not, because I am a cunning bugger, and have knocked out a workable dialogue system. Details below:

The dialogue system in Jalopy sucked, so like everything on this project I was excited to start from scratch. With the dialogue system in Landlord’s Super, I wanted to keep something that felt more alive than the canned animations in Jalopy, but was also fast and reusable and didn’t hamper development speeds for a solo developer like myself.

With these two compromises in mind, here’s the current solution I’ve come up with:

There’s a lot of dynamic stuff going on here, so as to avoid the pitfall of creating endless canned animations. 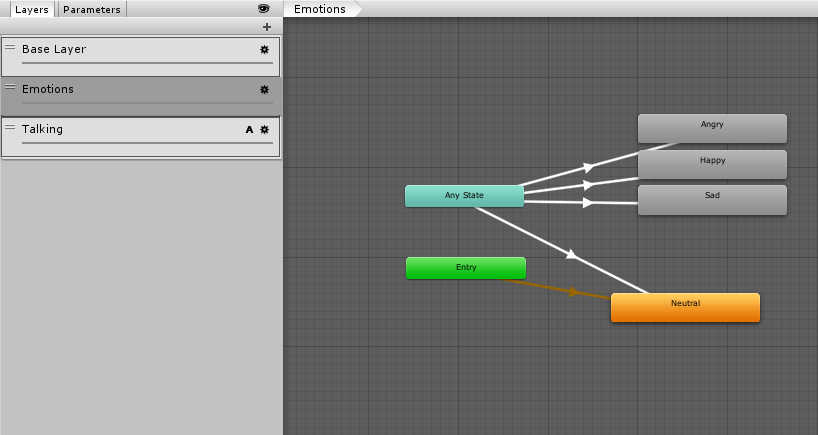 By separating all these and allowing them to work independently of one another, I can crack on with writing dialogue, and building the rest of the game. It doesn’t look perfect, but this system took me about one long day to get in, so it is fast. That’s also thanks to a little time saving elsewhere, though…

Sage advice: You don’t need to model pants if the player isn’t ever going to see them.

Also, talking of time saving, Jimmy pays the player after a days work, so I was looking for the AdjustWealth function and came across these. 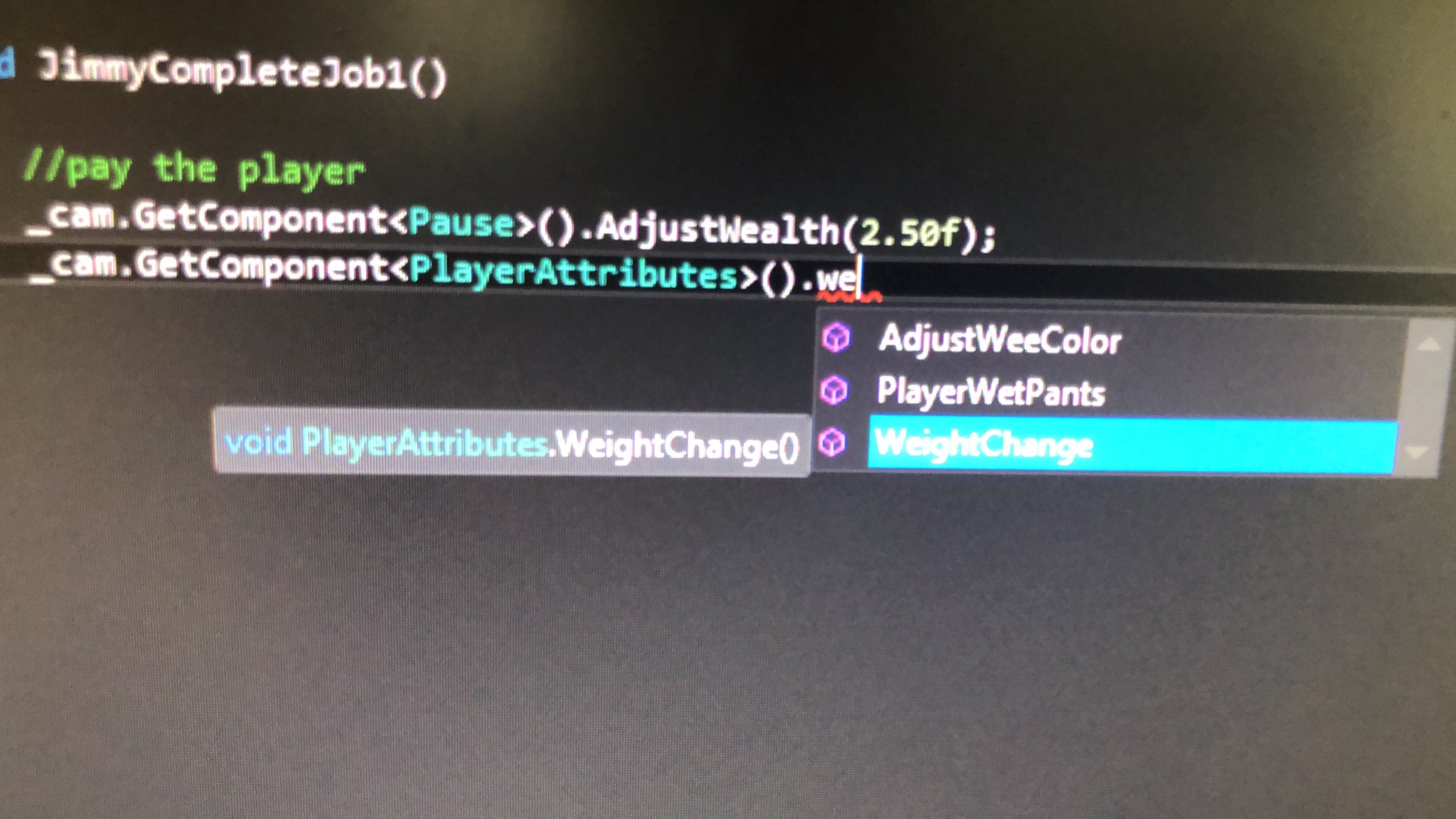 I vaguely remember coding in the ability to change the player’s urine. The idea being if they get beaten up too bad they’d piss blood, or if they drank too much Stout they’d piss black, but I can’t for the life of me remember why I thought this was a good use of my time.

Anyway, as the project starts coming together I look forward to sharing more with you all.