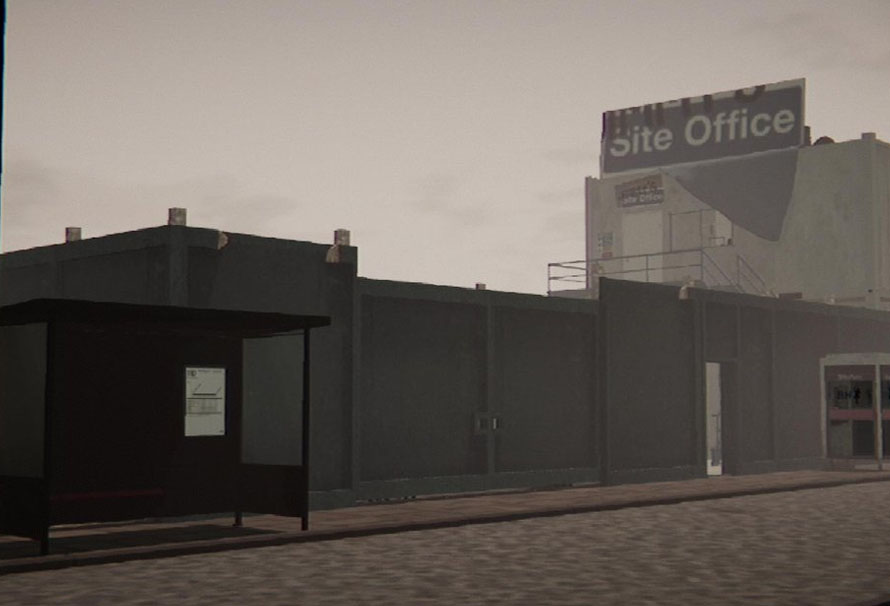 Last month we formally announced our next game, the Quintessential Construction Simulator; Landlord’s Super. This month, thanks, media coverage, and a clearer insight into the core gameplay loop of the game.

So first of all, thank you! We are blown away by the support for the announcement, Steam Wishlists have far exceeded our expectations and we’re on track for a solid Early Access launch. Like the theme’s of the game itself, game development is a precarious trade, so you have our humblest and deepest thanks for the support you’ve all provided.

Thanks to your enthusiasm, the media picked up the announcement. Here’s some of the coverage that stood out to us.

Jalopy out on Xbox One, September 27th

Don’t forget that Jalopy releases on Xbox One on September the 27th. Thanks must go to Arvy (He of Shoppe Keep franchise), who has endured the gruelling task of porting Jalopy over to C# & through Xbox submission. More info in the link.
Jalopy on Xbox One (Eurogamer)

For all you Jalopy fans, Greg was interviewed in the October issue of Edge Magazine. The piece is a great insight into what games are doing to ensure they preserve the memory of the recent past, specifically the fall of the Berlin wall. Two other games were included in the article, OSMI2 & All Walls Must Fall. So if you want some more Berlin Wall action, check them out! 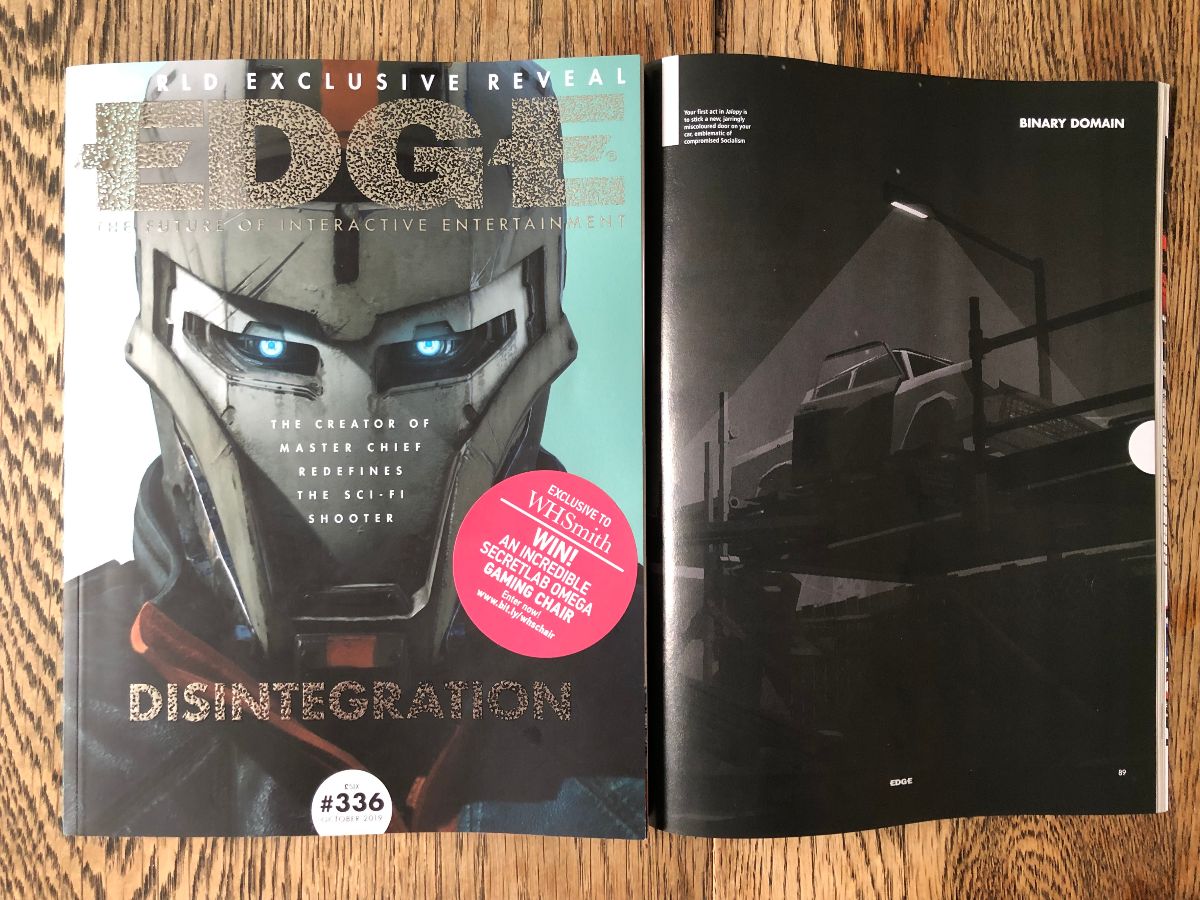 Jalopy was also featured in the July edition of Edge, including an interview with Greg discussing the inspirations, design ethos and future of the Road Trip genre. 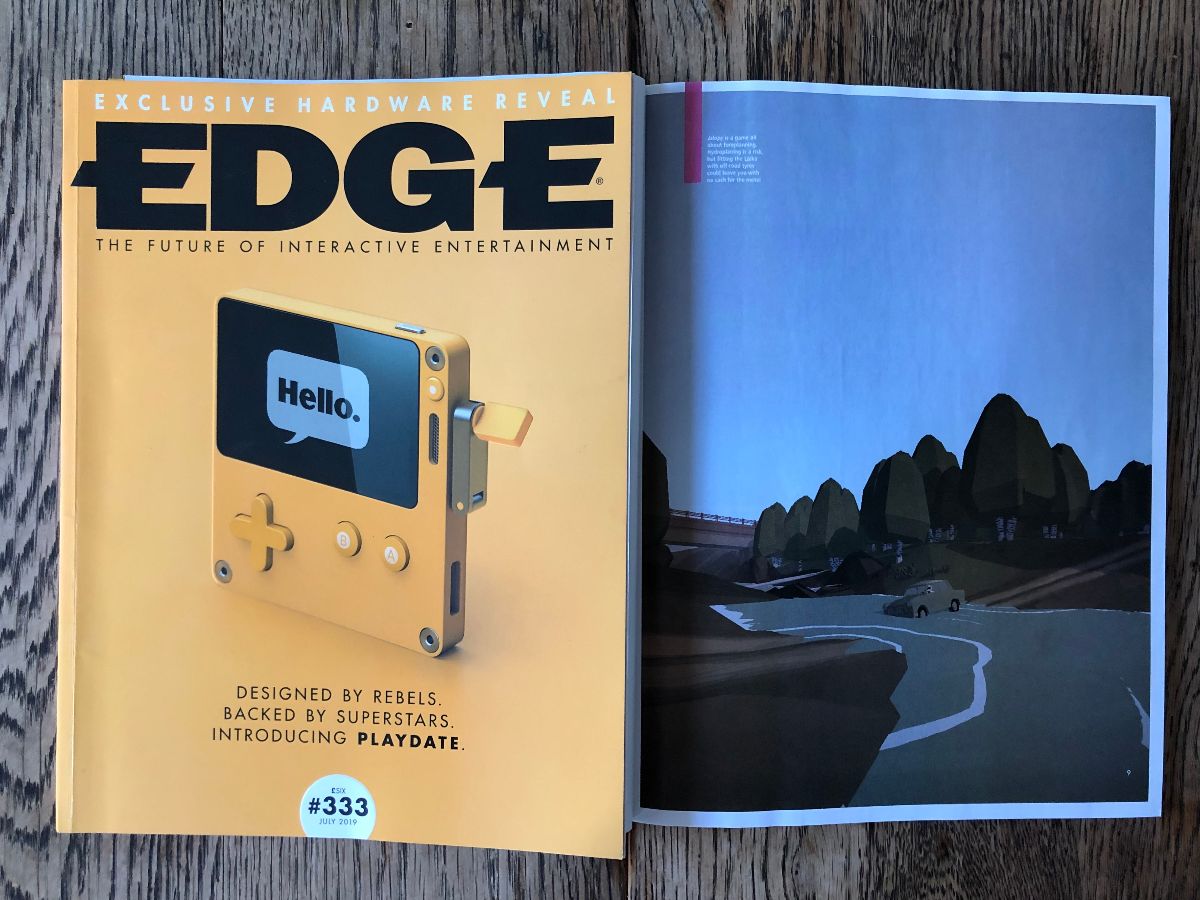 French youtuber’s Wankil Studio picked up and played Jalopy. Give the video a comment and a like to show your support!

The ‘inhell you even do in Landlord’s Super?

While the Announcement Trailer for Landlord’s Super did a great job of showing the minutia of the gameplayer, it didn’t do a lot for explaining to people what the heck we’d be doing in that world.

That’s all well and good in the moment to moment gameplay, but what will players be pushing towards? Why are they investing their time in this prison of poverty? Below is a high-level Core Game Loop. This details the overall gameplay loop found in Landlord’s Super. 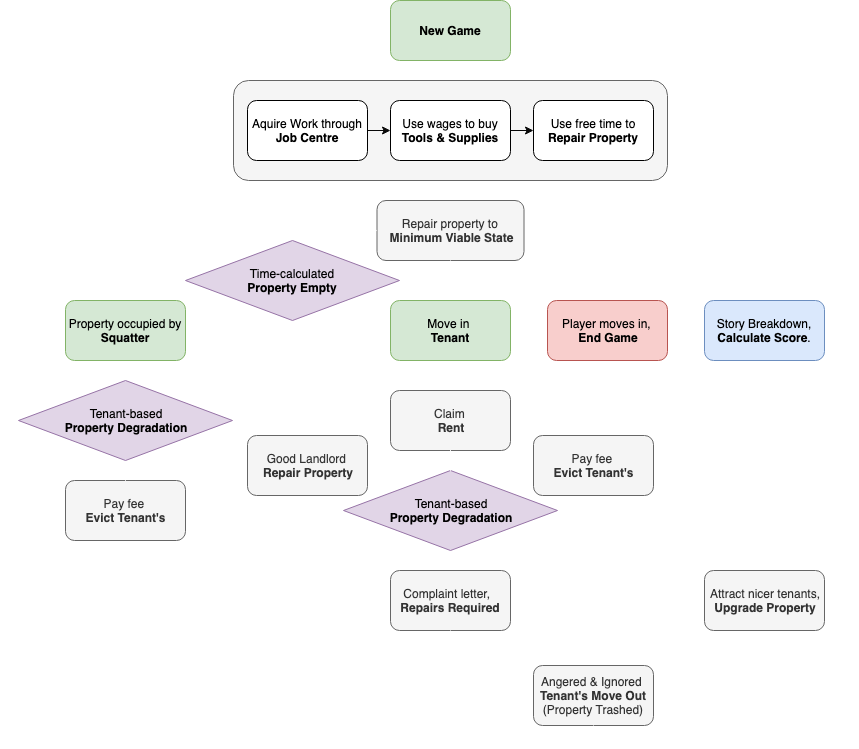 At the core of Landlord’s is the property the player inherits at the start of the game. This property provides players an outlet to experience the Quintessential Construction gameplay, whilst also building towards the promise of fortune gained via the Landlord business. Also, there’s plenty of slinking down the Anchor Tavern (how else you going to regenerate your energy?).

That’s all from us this month. Thanks again for all the support. So far Steam Wishlists have started strong, and we’re getting a nice steady average. Once there’s more to show of Landlord’s we’ll do another big push again.

Next Month we’ll be showing you the new, expanded game world, some of the reading material going into the research of Landlord’s Super, and some of the beautiful concept work Ruta is creating.

Till next month. Tara!